July 15, 1956
First Mass celebrated as a parish community in the chapel located in the school building

May 1961
Benedictine Sisters move into new convent on Wagner Lane

Fall 1988
Renovation of Sanctuary and new carpeting in church

October 4, 1998
Opening of the Bread of Life Eucharistic Adoration Chapel

June 2014
Our capital campaign to remodel and retire parish debt reaches its goal to raise $967,000. 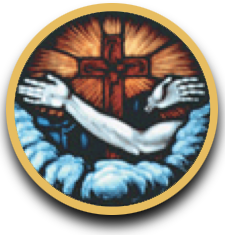 With the guidance of Jesus, Mary and Joseph, Holy Family Faith Community exists to give praise and service to God through the inspiration of the Holy Spirit. Within the Roman Catholic Tradition, we express ourselves in Liturgy and Prayer as we strive to live our heritage of faith. We offer ourselves in loving service to our brothers and sisters in the manner of Christ’s own teaching and example.

We are in the Catholic Diocese of Peoria

Overseen by the Conventual Franciscans of Saint Bonaventure Province since 1979.